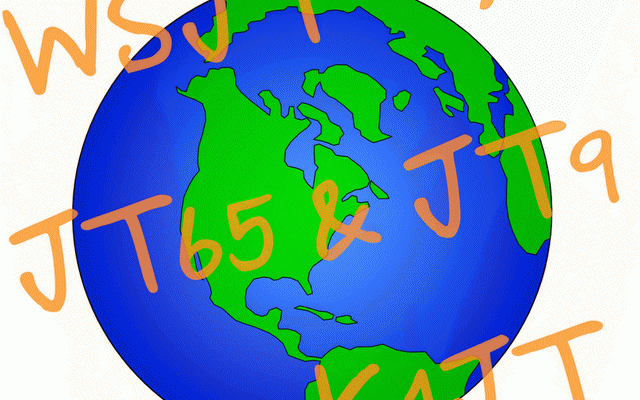 WSJT-X 2.2.0-rc1 will be a beta-quality release candidate providing a number of new features and capabilities. These include:

– Improvements to the decoders for five modes:

FT4: Corrected bugs that prevented AP decoding and/or multi-pass decoding in some circumstances. The algorithm for AP decoding has been improved and extended.

FT8: Decoding is now spread over three intervals. The first starts at t = 11.8 s into an Rx sequence and typically yields around 85% of the possible decodes for the sequence. You therefore see most decodes much earlier than before. A second processing step starts at 13.5 s, and the final one at 14.7 s. Overall decoding yield on crowded bands is improved by 10% or more. (Systems with receive latency greater than 0.2 s will see smaller improvements, but will still see many decodes earlier than before.)

JT4: Formatting and display of Averaged and Deep Search decodes has been cleaned up and made consistent with other modes. JT4 remains the digital mode of choice for EME and other extreme weak-signal work on microwave bands.

JT65: Many improvements for Averaged and Deep Search decodes and their display to the user. These improvements are particularly important for EME on VHF and UHF bands.

WSPR: Significant improvements have been made to the WSPR decoder’s sensitivity, its ability to cope with many signals in a crowded sub-band, and its rate of undetected false decodes. We now use up to three decoding passes. Passes 1 and 2 use noncoherent demodulation of single symbols and allow for frequency drifts up to ±4 Hz in a transmission. Pass 3 assumes no drift and does coherent block detection of up to three symbols. It also applies bit-by-bit normalization of the single-symbol bit metrics, a technique that has proven helpful for signals corrupted by artifacts of the subtraction of stronger signals and also for LF/MF signals heavily contaminated by lightning transients. With these improvements the number of decodes in a crowded WSPR sub-band typically increases by 10 to 15%.

When «EU VHF Contest» is selected, the Tx2 and Tx3 messages (those conveying signal report, serial number, and 6-character locator) now use hashcodes for both callsigns. This change is NOT backward compatible with earlier versions of _WSJT-X_, so all users of EU VHF Contest messages should be sure to upgrade to versiion 2.2.0.

Keyboard shortcuts have been added as an aid to accessibility:
Alt+R sets Tx4 message to RR73, Ctrl+R sets it to RRR.

As an aid for partial color-blindness, the «inverted goal posts» marking Rx frequency on the Wide Graph’s frequency scale are now rendered in a darker shade of green.

«Save None» now writes no .wav files to disk, even temporarily.

An explicit entry for «WW Digi Contest» has been added to «Special operating activities» on the «Settings | Advanced» tab.

The Status bar now displays the number of decodes found in the most recent Rx sequence.

For those looking even farther ahead: We are well along in the development of two new modes designed for the LF and MF bands. One mode is for WSPR-like activity and one for making 2-way QSOs. Both use Low-density Parity Check (LDPC) codes, 4-GFSK modulation, and two-minute T/R sequences. The QSO mode reaches threshold SNR sensitivity around -31 dB on the AWGN channel, and the WSPR-like mode better than -32 dB. 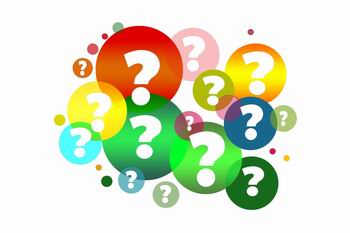